Yesterday was the first day of my last semester at LTU, and I could not be happier. After ten years of college I will finally be (fingers crossed) done. In just 4 short months I will be graduating and closing one chapter of my life to start a new one. My path to completing my Master’s degree is anything but traditional; long and winding – yes, but traditional – no. Today I want to offer some background and insight into my journey, as I was met with a lot of mixed emotions and contemplation yesterday.
So way back in 2008, I graduated from WMU with my Bachelor of Arts in Political Science and Comparative Religion. I had the most wonderful time during my 5 years at Western Michigan University; I met some of my best friends for life, learned so much – both academically and about myself, had grand adventures – across the US and abroad, and grew so much I barely recognized my reflection upon graduation. Then, after I graduated, I took a year off to figure out what I wanted to do for my graduate studies. I had spent so long thinking I wanted to be a lawyer, but after my semester abroad in South Africa (during my final year at WMU, of course), I had a change of heart. I knew that being a lawyer wasn’t who I was, but I still wasn’t sure what was. I was trying to figure out what I was meant to be or do…thanks American culture for this ridiculous notion.
During my year off, I found a program that I fell in love with and sincerely thought would answer that pesky question of what the heck am I supposed to be when I grow up? I started my graduate program at Lawrence Technological University 5 years ago in the Fall of 2009. It is a new program and a 5 year one that encompasses both the undergraduate and graduate work for a single degree: a Masters of Science in Architectural Engineering. I will be a member of the first graduating class. Since my previous degrees were in social sciences, I went to school part time for 2 years, then full time for 2 years to complete the undergraduate part of the curriculum, and this past year started the graduate portion. The graduate portion is 30 credit hours, all of which I have crammed into this 5th and final year at LTU. The program is very intensive with classes in four disciplines; architecture, mechanical systems engineering, electrical systems engineering, and structural engineering. It’s a jack of all trades degree, where you graduate with extensive knowledge and proficiency in all areas of study. We are trained to choose among the engineering fields within a built environment. FYI, my focus is in electrical systems engineering, or power distribution and lighting design for buildings =D
When I set out to complete this degree, I really didn’t know what I was in for, and I have invested almost my entire life so far, nearly 3 decades, into my education, which as the end nears, feels like an eternity. Sometimes I wonder if I should have done some less time consuming and less expensive, it seems like a long time to put “starting my life” on hold. It’s silly, but when I look around, I notice I am seemingly behind everyone else in terms of life, at least by traditional standards; I am not married, or even engaged, I don’t have children, I haven’t started my career, I don’t own a home, etc. and sometimes, I get really hard on myself for what feels like being a failure. I start over thinking all of my decisions and choices and regret starts to seep in. Enter the pint of Ben & Jerry’s…
But, then I take a deep breath and try to laugh. I have to gently remind myself of my own personal mantra in life, “different isn’t better or worse, it’s just different and that’s okay.” It’s just silly to compare myself to anyone or any “norm,” because I am not living my life to make anyone other than myself happy. And, while school at times has made me more miserable than I know how to cope with, the rewards and experiences I have been afforded because of my non-traditional path have been something I wouldn’t trade for a white picket fence, ring, and set of munchkins. Not to mention, I wouldn’t have my currently job or have met Kevin, if I had chosen another path, which makes the “what if “game completely moot. When it comes down to it, the “what if” game only reassures me that I am incredibly blessed, and that it doesn’t matter what anyone else thinks about my life or decisions. Judge not lest ye be judged, after all, right? So, after much contemplation about my life and where I stand today, I am content and excited for things to come. I don’t have regrets about spending so much time learning or the money I have invested in my diverse education, it’s all led me to where and who I am today, and I am okay with that.

All this being said, yesterday was the last first day of school I will have, at least for the foreseeable future. To celebrate, I broke out some of my favorite pieces. I have 3 back-to-back classes from, 2 pm straight through to 8:30 pm on Mondays and I wanted to be comfortable first and foremost. I turned to my favorite jeans, boots, and scarf, some layers for warmth, and a double dose of sparkle to get through the day. 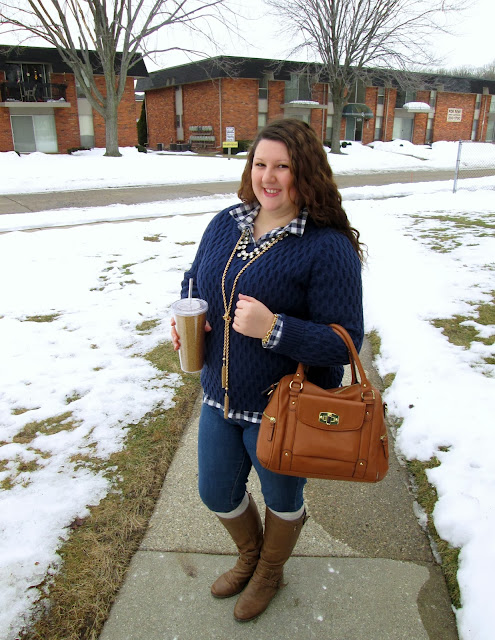 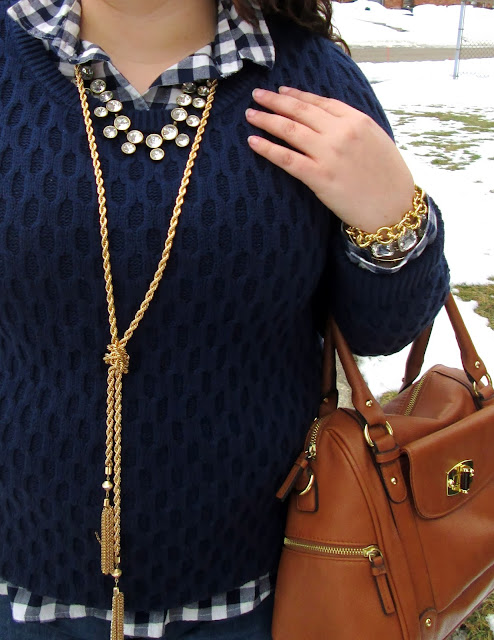 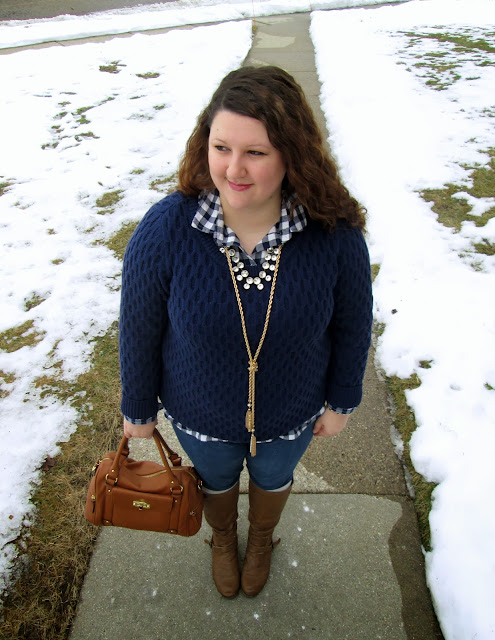 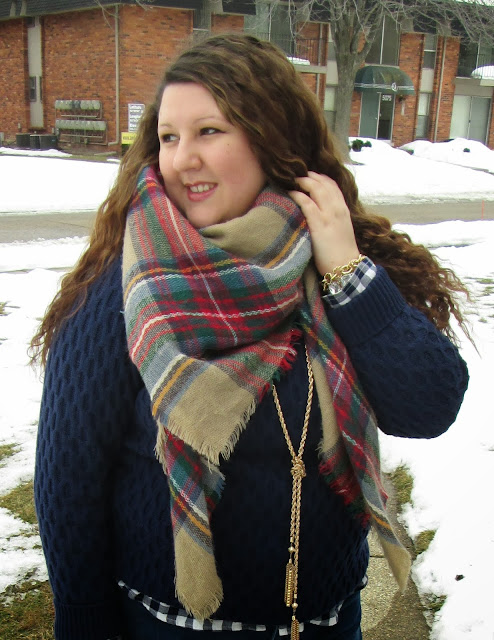 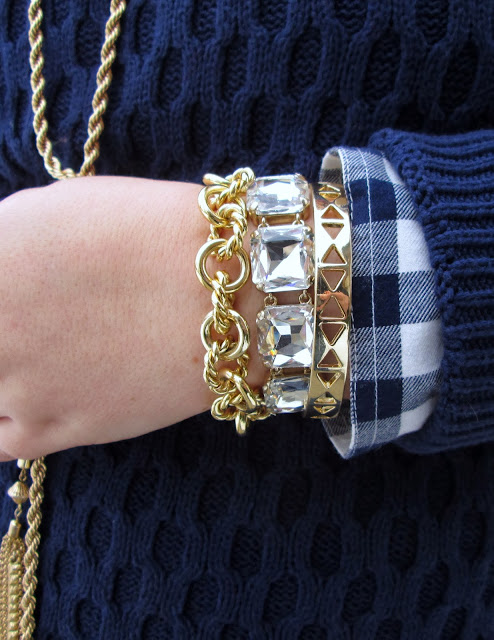 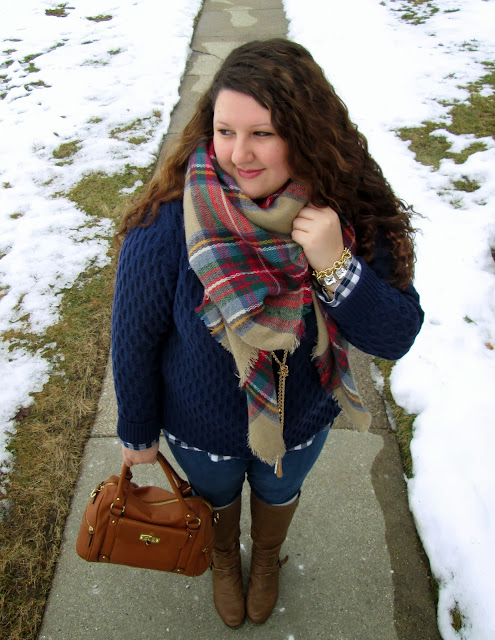 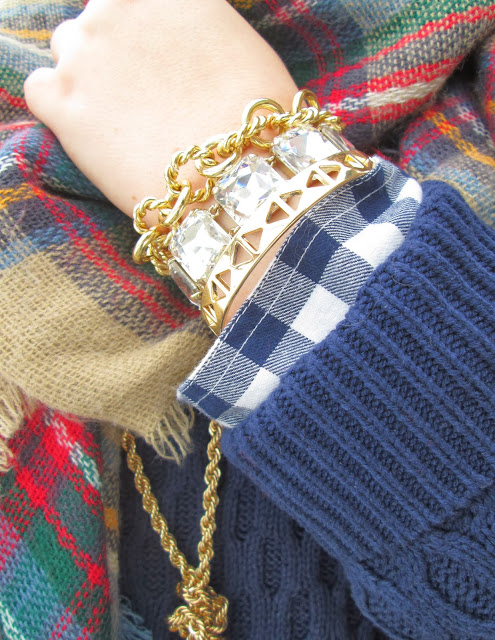 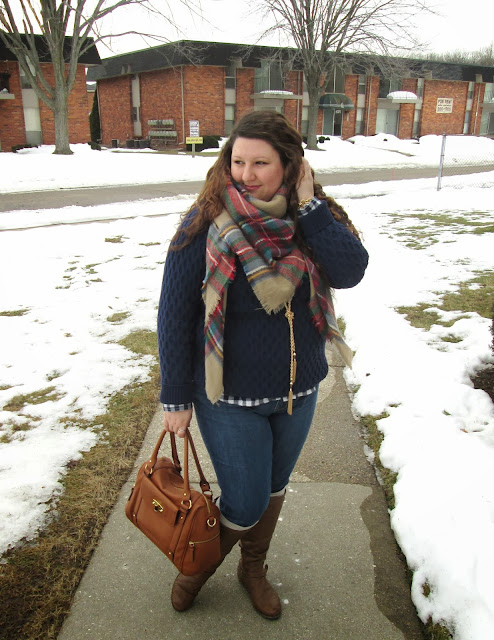 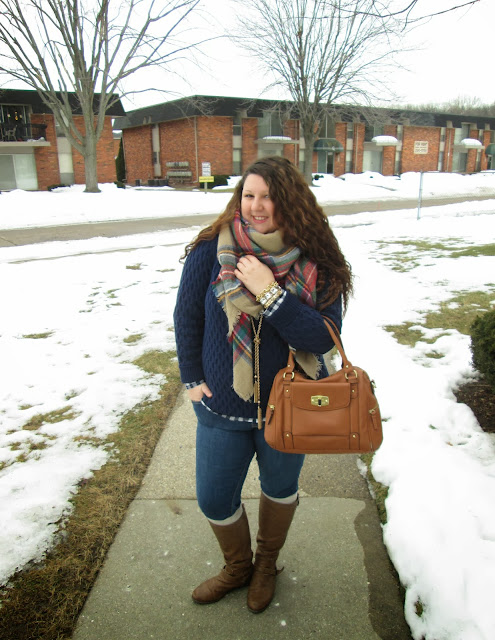